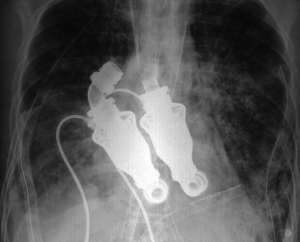 It is commonly held notion that without a pulse, one cannot survive. In fact before the advent of open-heart surgery a lack of a pulse was, medically speaking, death. The definition has changed of course. Now in fact, it seems that a pulse is not required.

Dr Billy Cohn and Bud Frazier at the Texas Heart Institute believed that trying to copy the heart was a waste of resources, instead they have used an existing device, a VAD which provides blood flow via the means of rotating blades and doubled it. Leaving a final contraption that they believe can fully replace the heart. “What we’ve kind of done is taken two motorcycles, strapped them together, and called it a car,” said Cohn. VADs or vascular assist devices have been around since 1994 and constantly been getting smaller and more efficient, making them the ideal technology to make a heart out of.

END_OF_DOCUMENT_TOKEN_TO_BE_REPLACED

Posted by Alexandre on August 26, 2011 in Articles, Misconceptions

180. Space Invaders Versus The Japanese Mint 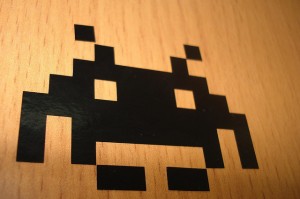 From a slow start in 1978 Space Invaders experienced a meteoric ascension to become a true icon as it is today. The mere image of one of the ‘aliens’ instantly brings to mind video games as a whole. Its sudden rise in popularity after its initial 2 months was on a scale never seen before. In Japan, the home of video games, it became so popular that it managed to cause a thankfully temporary 100 yen shortage, a feat so notable that it was recorded in the 2008 edition of the Guinness Book of World Records. It also forced the Japanese to further increase the amount of 100 yen coins they were producing each year.

Within 2 years of release the game was making some serious ground. Arcades with nothing but Space Invaders machines opened up, and it was seen by many as the first case where games came even close to competing with major forms of entertainment such as Film. Video games were much more marginalised in the 1980’s, but Space Invaders came to the fore, its success was a precursor to the position video games now occupy in the 21st Century, the largest of all the entertainment forms.

END_OF_DOCUMENT_TOKEN_TO_BE_REPLACED

Posted by Alexandre on August 19, 2011 in Articles, Trivia

–This Article comes courtesy of my good friend Jack Evans.–

In 1942,  American dental surgeon Lytle S. Adams was contemplating bats. As World War II raged on around him he looked into bats as a possible weapon, some kind of animal attack that could no doubt be harnessed in the fight, specifically the Empire of Japan. Four potentially useful biological features of bats were noted, each of which was essential to producing one of the least known, yet most deadly products of the war.

Firstly, they could be found in huge numbers in Texas. This would mean they could easily be ‘mass produced’ as a weapon. Secondly, they could carry more than their own weight in-flight – females can even fly whilst carrying twins. Thirdly, bats can hibernate and during this do not need food or indeed any kind of sustenance or maintenance. If this could be harnessed, they could be made dormant and stored for large lengths of time, then awakened and unleashed on an unsuspecting enemy. Lastly, they fly in darkness and seek out buildings in the day time, meaning that they are both a stealth weapon and would home in on vulnerable buildings. Along with this, bats held other natural advantages. They could defy conventional detection systems. They were difficult to destroy using existing air defences and could easily navigate the confines of cities. With these advantages, he came up with the perfect way to weaponise bats; and so he created the bat-bomb.

END_OF_DOCUMENT_TOKEN_TO_BE_REPLACED

Posted by Alexandre on August 5, 2011 in Articles 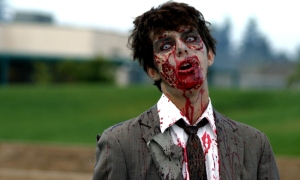 Not a sufferer of Walking Corpse Syndrome

Also known as Cotard’s Syndrome, this rare mental condition has a very bizarre way of changing one’s outlook. It is usually a side-effect of a previous mental illness but occasionally the result of head trauma. What it actually does is make the sufferer believe that they are dead, non-existent or in even rarer cases, immortal.

They simply are convinced that they are in essence, a walking corpse, or ghost. Some conclude, just because it is hot when they gain consciousness, that they have died and gone to hell, even though life goes on normally around them.

END_OF_DOCUMENT_TOKEN_TO_BE_REPLACED

In a remote section of the Sahara Desert, Mauritania specifically, there lies this most mysterious formation, the ‘Eye of the Sahara,’ also known as the Richat Structure. Those passing over the large flat dome on the ground do not notice anything particularly out of the ordinary, but when viewed from space it stands out.

The eye of the Sahara is 50km in diameter and when viewed from above it does bear a resemblance to the human eye. Especially when one considers that it is actually a low dome, like a large eyeball peering out of the desert and gazing up into the sky. Its bizarre appearance and considerable size have led to great speculation as to how it ever came to exist. It used to be that no-one understood its formation and even now it has been extensively studied few believe that we are in possession of the truth yet. I suppose we shall have to wait, and see. 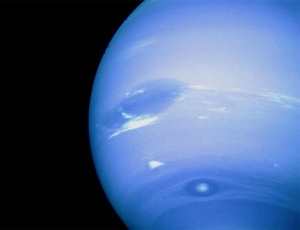 In 1846 the planet Neptune was discovered; since then one year has passed. Now we celebrate the one year anniversary of its discovery. As you may have gathered, that is one Neptune year, something much longer than the human year.

Neptune is the coldest and most remote planet in our solar system (pluto does not count). BEing so far away it has an orbit that is 30 times larger than earth. One year of  Neptune, one full orbit of the sun, lasts 164.79 earth years. Making 12th June 2011 the one year anniversary.

END_OF_DOCUMENT_TOKEN_TO_BE_REPLACED

173. The Great Rolling Hotel and the Sahara 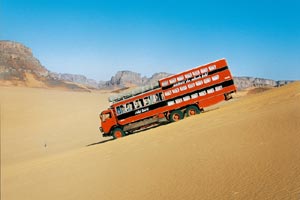 Subsaharan Africa is an inhospitable place at best, life maintains a tenuous grasp on that hot and arid landscape. It has long presented a great challenge to travelers, expeditionaries and nomads alike. Crossing  the Sahara even today is quite an undertaking. In 1969 humanity first set its footprints into the lunar dust, in the Shara another frontier was being broken. Overshadowed by the moon landing but still deserving of its own plaudits. For in 1969, humanity also first crossed the Sahara, in a bus. Well I say bus, really it is more than that. Not so technically advanced as the space shuttle but something equally as novel. It was ROTEL.

ROTEL is a simple concept from Germany, a hotel on wheels. Check in, tour the world then check out. To this day ROTEL still runs, operating tens of buses visiting over 150 countries. Touring from Baghdad, Bali, Scandinavia, the Arctic circle to just about any other country. For over 40 years ROTEL has provided the lazy explorer with the world. All in relative comfort, not decadence but at least from a position most unique. Where else after all, does the room itself take you to your destination?

END_OF_DOCUMENT_TOKEN_TO_BE_REPLACED

172. The Dead Art of Self-Mummification 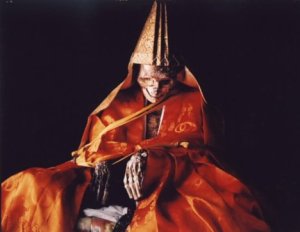 Sokushinbutsu is the name, a practice no longer observed or condoned by any Buddhist sect, self-mummification requires patience, dedication and a steely determination. Preparing for and living through your own death is an unpleasant process, truly a suicide slow.

It begins with 1000 days of withering. For just under three years only nuts and seeds are eaten, stripping any person of their body fat. Combined with this was a punishing exercise regime. After the initial thousand days the next stage was employed.

The next thousand days saw a shift, the only permitted solid consumption was a mixture of bark and roots. Then came a new tincture, the sap of the Urushi tree. A substance used to lacquer bowls. When ingested it is poisonous, causing rapid evacuation of their bellies and bowels. This was not the main purpose though, whilst it did test fortitude there was a practical use. Three years of imbibing that deathly sap would spread poison through the whole body, tainting all reaches. The aim was to make the body so poisonous that no maggot or other animal would consume it after death. In turn, preventing any rot or deterioration after death.

END_OF_DOCUMENT_TOKEN_TO_BE_REPLACED

The original was only 13 stars and 13 stripes, that lasted for 18 years. The Vermont and Kentucky joined, the flag was changed, increasing the number of stripes to its maximum. 1975 to 1818 America managed to have 15 stars and 15 stripes. then more states joined and someone, namely President James Monroe, decided to take away the two extra stripes and just add a new star for each state.

Thanks to the rapidly increasing number of states, the United States did run through flags very quickly, in fact there have been nine flags in total which have only been in use for a year before being phased out. Unlike Denmark which has had the same flag for at least 500 years.

In this vein, one can praise the United States for being prepared; in case some new states are suddenly added the United States Army Institute of Heraldry has ready-designed flags with up to 56 stars. The current American one has lasted 50 years, nothing compared to Denmark, but a long time for the U.S. In fact it is their flag with the longest ‘lifespan’ so to speak. Maybe it’s time to change it. Possibly add a state here, or take one away, the possibilities are endless.

Bonus Fact : There are 6 U.S. flags on the moon, that’s more flags than any other nation – for the moment at least.

Posted by Alexandre on July 10, 2011 in Articles, Misconceptions, Trivia

The beautiful house pictured above belongs to Icelandic singer Bjork, who got it for free.

It is on an island called Elliðaey near Vestmannaeyjar, a small archipelago off the south coast of Iceland. It was a gift from her motherland, as a form of thanks for finally putting Iceland on the international map.

← Older posts
Most Odd – Facts of Interest
Create a free website or blog at WordPress.com.